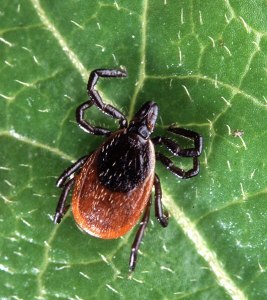 When someone asks “What exactly is Lyme Disease”? There is not a short answer any more than there would be if someone asked “What is Cancer”? Just as though there are many kinds of disease cofactors that fall under the name “Cancer”, their are many different cofactors that fall under the name “Lyme”.  Both are very complex and are medically treated with the same choice of drugs. There should not be a one size fits all treatment for any disease, especially those that are this complex. The human body is very intricate and each individual is more so because of genetics, age, gender, personal history and constitution etc.

I believe that one of the reasons our Medical Industry is failing us is because of the one size fits all remedy’s. Look at vaccines for example, no testing has been done on the subjects.  I don’t think any tests were performed at all on the drug itself . In fact from what I have researched testing is not necessary because “vaccines” don’t fall under the same category as a “drug” so lets just assume they are safe.

For the majority of us who eat and maintain a healthy lifestyle, we have a strong immune system that can take care of the most of these issues. However, if we are emotionally stressed out, overworked or not getting enough restful sleep, then we will find ourselves with a weakened immune system that can open the door to many of these infections.  The more in balance we are among these and other areas of our life, the more we will be able to maintain a stronger healthier immune system that will protect us from the constant barrage of infections and contamination that we are exposed to on a daily or weekly basis.  Lyme disease, Bartonella, Babesia, Anaplasma, mycoplasma pneumoniae ehrlichia, Brucella, cytomegalovirus, Epstein–Barr virus, autonomic dysfunction, postural orthostatic tachycardia syndrome….the saddest part is they are all invisible illnesses. People think the victims are crazy hypochondriac’s. I have found that most people are treated with harmful drugs and antibiotics. Diet is never discussed and a balanced endrocrine is never considered outside of a one size fits all blood test that does show much more than iodine deficiency, but is the only test mandated by Big Pharma and covered by insurance unless they feel you are sick enough to see an Endocrinologist who may perform some more testing. This still may not reveal enough information for you to tie it all together.

Fever, chills, headache, fatigue, muscle and joint aches, and swollen lymph nodes may occur in the absence of rash

Appear as a small bump or redness at the site of a tick bite that occurs immediately and resembles a mosquito bite, is common. This irritation generally goes away in 1-2 days and is not a sign of Lyme disease.

Ticks can attach to any part of the human body but are often found in hard-to-see areas such as the groin, armpits, and scalp. In most cases, the tick must be attached for 36 to 48 hours or more before the Lyme disease bacterium can be transmitted.

Most humans are infected through the bites of immature ticks called nymphs. Nymphs are tiny (less than 2 mm) and difficult to see; they feed during the spring and summer months. Adult ticks can also transmit Lyme disease bacteria, but they are much larger and are more likely to be discovered and removed before they have had time to transmit the bacteria. Adult Ixodes ticks are most active during the cooler months of the year.

Enough from the CDC. I tend to have other ideas and so do many other people, especially those who have their entire family dealing with symptoms and undiagnosed sicknesses. Remember: Rumor has it that the CDC is also involved in the cover up with vaccines and autism. Watch Vaxxed the Movie

Zoonoses are infectious diseases caused by bacteria, viruses and parasites that spread between animals and humans. Contrary to what you will find reported by the CDC major modern diseases such as Ebola virus and salmonellosis are zoonotic. HIV was a zoonotic disease transmitted to humans in the early part of the 20th century, though it has now mutated to a separate human-only disease. Most strains of influenza that infect humans are human diseases, although many strains of swine and bird flu are zoonoses; these viruses recombined with human strains of the flu and can cause pandemics such as the 1918 Spanish flu or the 2009 swine flu.  Zoonoses can be caused by a range of disease pathogens such as viruses, bacteria, fungi and parasites; of 1,415 pathogens known to infect humans, 61% were zoonotic. Most human diseases originated in animals. According to our Medical research only diseases that routinely involve animal to human transmission, like rabies, are considered direct zoonosis.  Zoonosis can be directly transmitted from animals to humans through media such as air (influenza) or through bites and saliva (rabies). In contrast, transmission can also occur via an intermediate species, which carry the disease pathogen without getting infected.

One thought on “Lyme Disease”